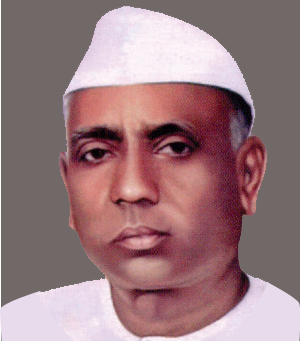 The JSS group of educational institutions is beholden to the great soul, Shri. Ramarao S. Hukkerikar, who was mainly instrumental and pioneer in laying the foundation for greater things to follow.

He was born on October 22nd, 1886 at Chincholi in Belgaum. He passed B.A from Ferguson College, Pune in 1910 and later did M.A from University of Bombay in 1912. He was not just a contemporary of Gandhiji but also had a close association with other freedom fighters like R.R. Diwakar, Lokmanya Tilak, Aloor Venkatarao etc.

Being inspired by Lokmanya Tilak, he preferred education as his cognate domain. He had the conviction that education was the field wherein all round development of individual is possible, hence, after post-graduation, he began to serve in Victoria high school of Dharwad till 1920. Within a few years,with his teaching skills, discipline and ethical values made him a household name and fondly called "Master". Later he involved himself in active politics from 1924 and participated in Indian freedom movement by becoming a member of Congress Committee from 1928 to 1942. His selfless struggle in freedom movement lodged him in Yerwada jail along with shri R.R. Diwakar. During his political career, he was elected to the Bombay Vidhana sabha in 1946. Later on he was also elected to the Bombay Vidhan Parishat in 1952.

He served in various capacities as the editor of Kannada periodical "Karmaveera" (1923-25),"United Karnataka", "Dhananjaya" and "The Hindu." He was an avid follower of khadi movement and became the President of All India Khadi & Village Industries for 5 years.

Janata Shikshana Samiti, a pioneer in Education, has had its humble beginning way back in 1944 with the establishment of JSS Arts College by the Karnataka Education Board with the meagre strength of 40 students. Originally it was an intermediate college but later on, the science wing was added in 1949. In the year 1952, it was taken over by the late Shri R.S. Hukkerikar, a veteran freedom fighter, social worker and economist, who shaped the institution into a greater heights.

He took keen interest in the setting up Sakri Law College and KHK polytechnic College in 1956, many were benefited through his contribution to the society. Indeed, we are very blessed to be part of this famed institution. Hence our glowing tributes to late Hukkerikarji, is forever due.