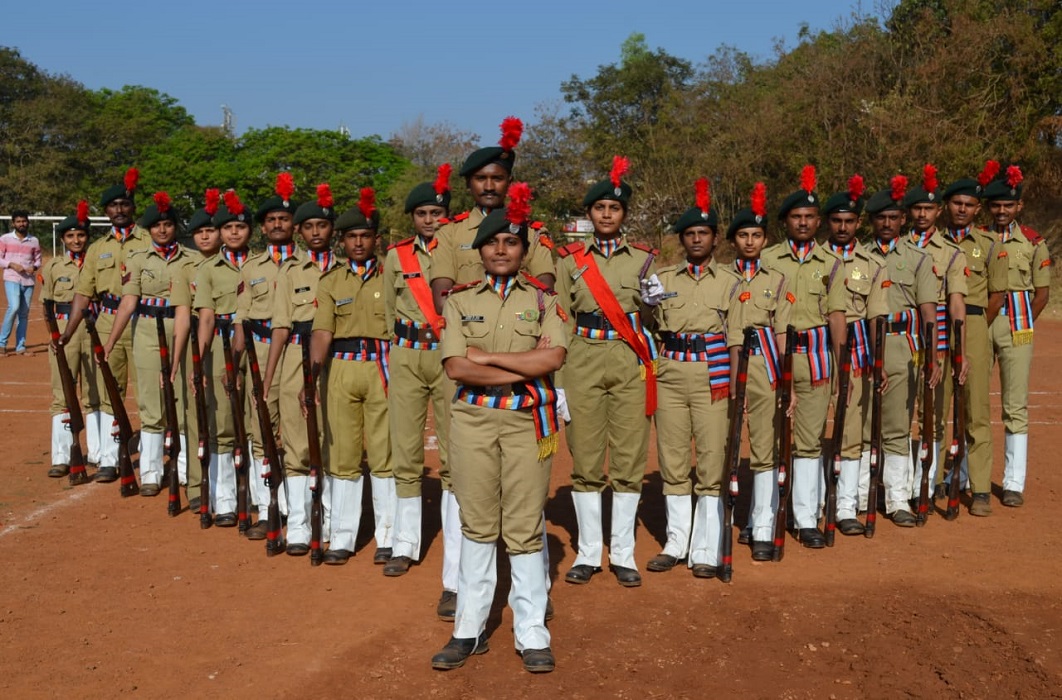 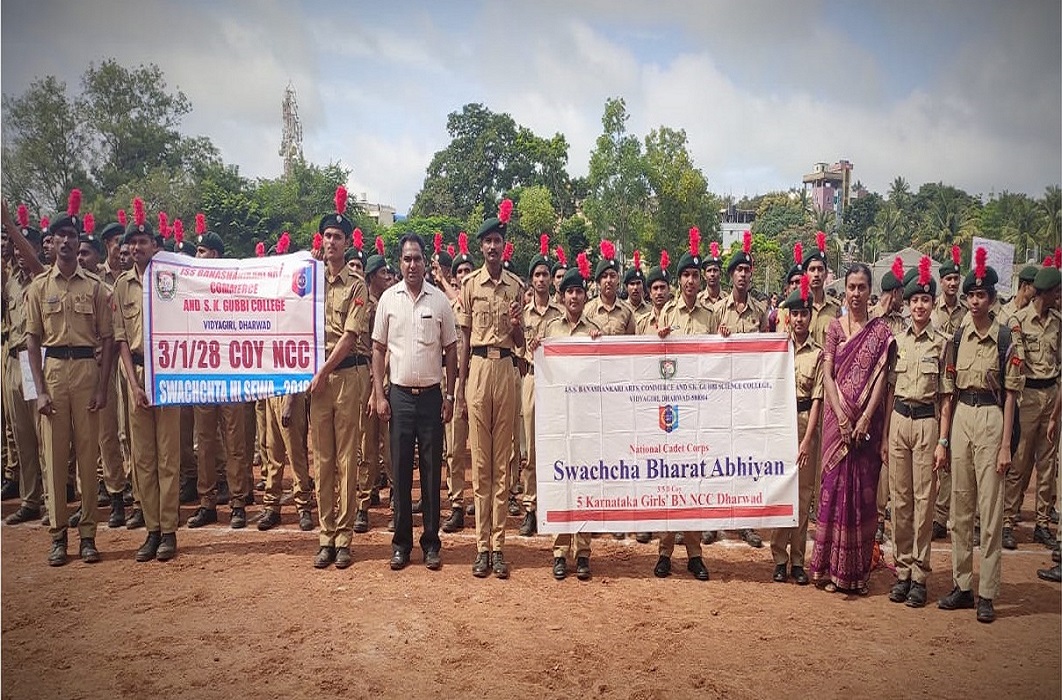 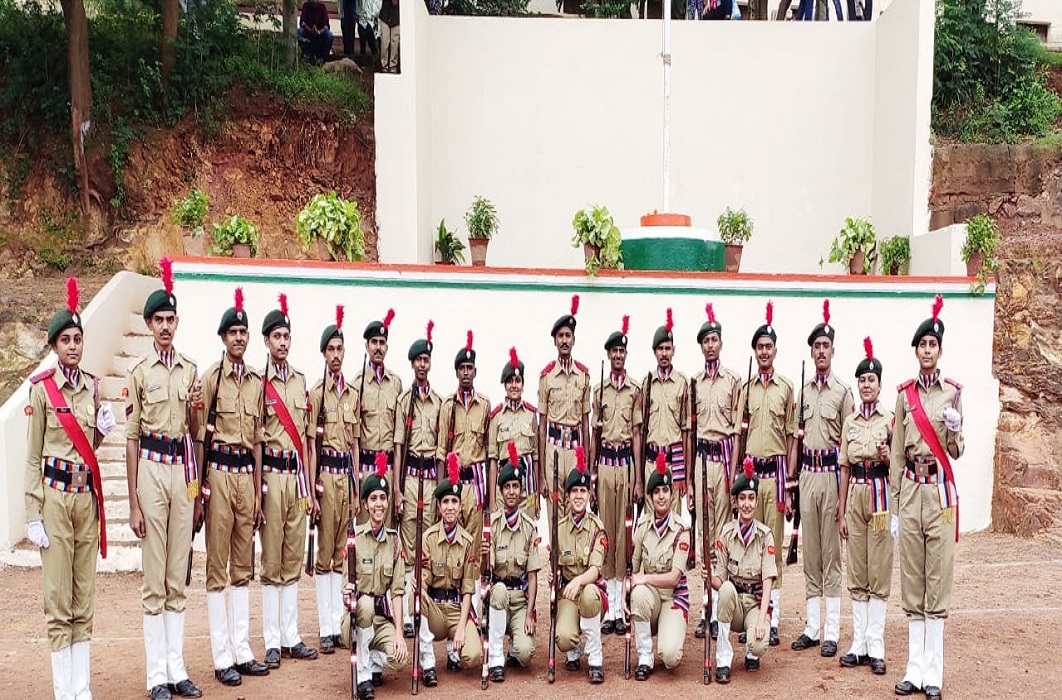 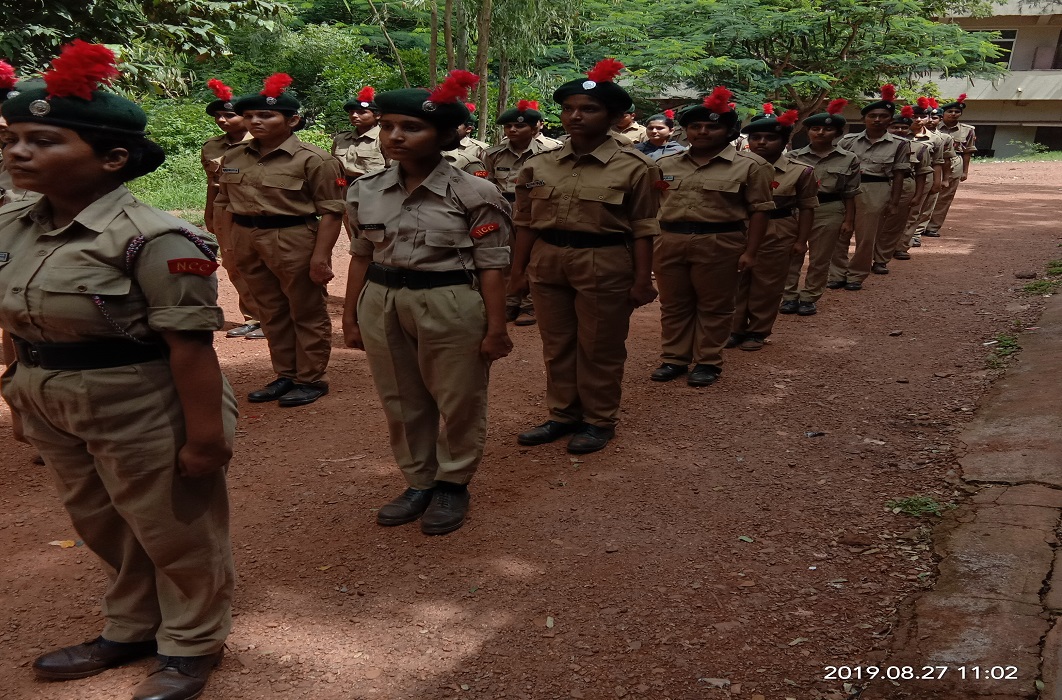 The National Cadet Corps is the Indian Military Cadet Corps with its Head Quarters at New Delhi. It is a voluntary organization which recruits cadets from high schools, colleges and Universities all over India. The Cadets are given basic military training in small arms and parades. The officers and cadets have no liability for active military service once they complete their course but are given preference over general candidates during selections based on the achievements in the corps.

The aims of NCC as approved by Minister of Defence in March 2001 are as under:

ESTABLISHMENT OF NCC IN COLLEGE

The NCC in the college is one of the oldest and earlier it was associated to the Mysore Battalion. Presently the NCC Company 3/1/208 KAR BN NCC strength is of 108 cadets in the senior division. Since the beginning the company is training the cadets in a disciplined manner and contributing to the National unity and integrity through inculcation of NCC ideals.

At Present Mr.Vijaykumar J Deshabag is the incharge of the NCC in the college. One of the important achievements of the company is cadets are continuously attending RD Parade in Delhi.

The NCC (National Cadet Corps) Girls wing of the college established in 2000. Initially Prof Smt Jayamma and Prof Smt Nalini Kulkarni were the care takers of the wing for 2 years. The department is functioning since 2002 under the headship of the first commissioned officer of the wing is Dr Mahadevi Kotyal. The present rank of the Officer is Major.

The sub unit NCC girls wing of the college has the facilities of providing NCC clothing and accessories like cap batch & shoulder batch, web belt etc. Topographical maps for Map reading, charts for firing , weapon training and other subjects studied in NCC.

TRAINING AND OTHER ACTIVITIES

The activities of NCC can be broadly divided into the following distinct categories described below:-

NCC has adopted community development activities with the aim of imbibing among the cadets selfless service to the community, dignity of labor importance of self help, need to protect the environment and to assist weaker sections of the society in their upliftment. This was envisaged through programmes involving

Have a look at the benefits of NCC certificate 'C'.

In every regular course of the Indian Military Academy (IMA), 32 vacancies are reserved for the 'C' certified NCC candidates. But to join IMA it's a must for all the candidates to be declared successful by the Services Selection Board. The cadets with 'C' certificate are exempted from CDS examination conducted by UPSC. But for this, the cadet must have 'A' or 'B' grade in 'C' certificate. NCC 'C' certification offers you 10 - 15 bonus marks in paramilitary forces recruitment i.e. BSF, CISF, CRPF, SSB etc.

Many organizations from the public sector give advantages to the cadets with 'C' certification like Indian Airlines, Pawan Hans Ltd, Reliance, The National Small Industries Corp. Ltd. and many more. Apart of this, many companies from private sector consider the NCC certificates as an advantage. When you mention the NCC certified or achieved NCC 'C' certificate in your resume, it gives a hint about your personality. So we would suggest the students should join NCC not only to join Indian Armed Forces but to be a disciplined